WORK WITH THE DIRECTOR

Welcome to this initiative by VALLETO in which participants get the chance to work with our Director Valeria Gonzalez.

Express yourself freely.
Gain tools to stand in your power as a creative.
Discover your artistic statement and manifesto.
Uncover your purpose.

"Working with VALLETO has given me so much confidence & knowledge of myself & others. I never knew all the emotions I carried till working with VALLETO & Valeria. She has also teared down so many of my insecurities and thoughts of 'what if'. It's nice to have Valeria as an example in my life for so many reasons! She allows me to not worry about others but myself. Valeria gives you this strength without even knowing you had it in the first place. It's almost this awakeness in you that Valeria just helps shine light on it & guide you in some way."

"My teaching philosophy stems from my passion for dance and human connection. I aim to connect with the student, and give them space to explore their bodies through movement. My work is process oriented, and it starts from building a student-teacher relationship, in which the student can feel completely safe to make mistakes, and learn from them. My classes allow the student to question, and to be curious about their anatomies. I always ask the dancers: how do you relate to the world as an artist?I aim to create not only dancers with correct technique, but artists who recognize their own voice and authentic self..." 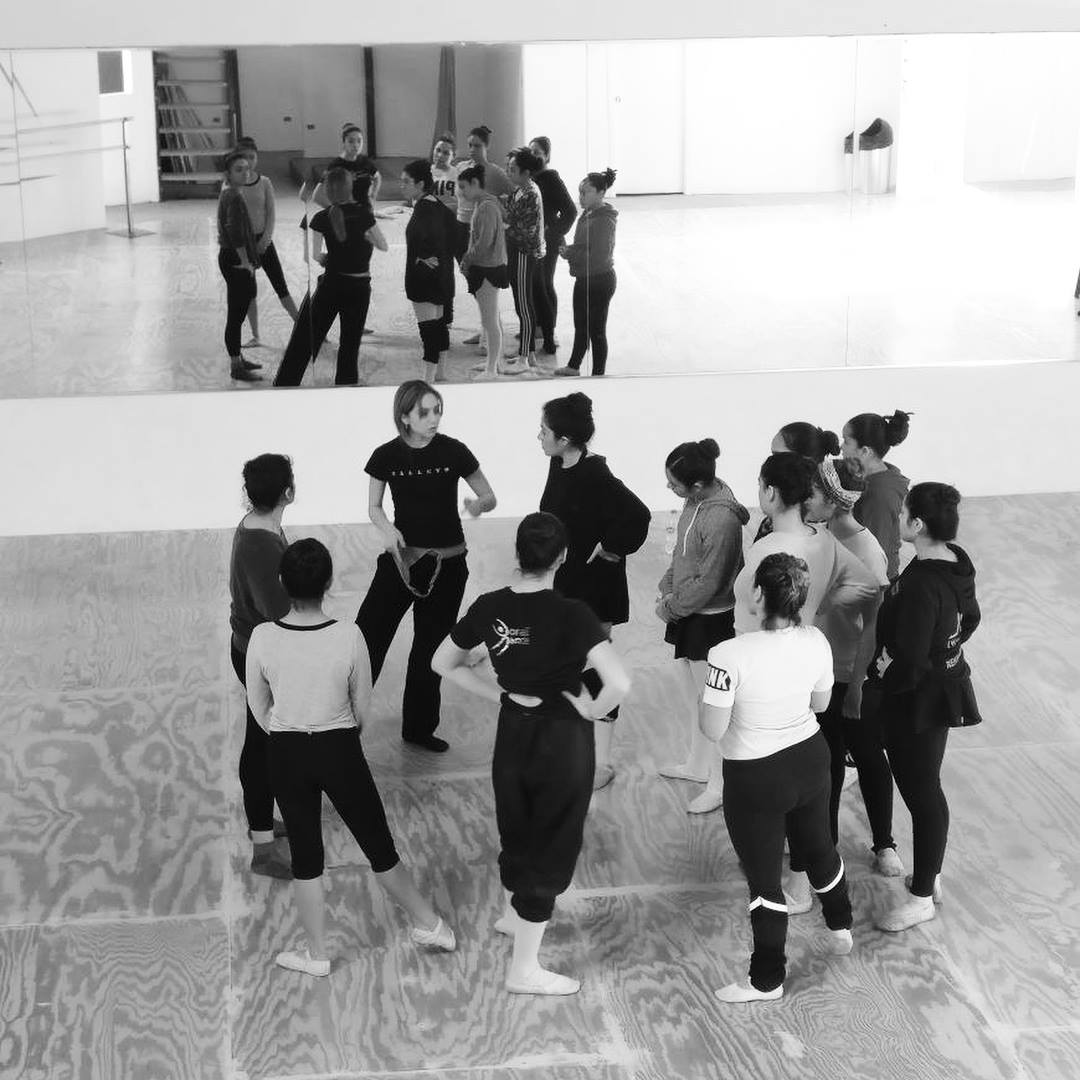 - We will explore what is your fullest expression.

- We will discover what is your unapologetic artistic statement.

- We will create together your manifesto.

-  You will discover your deepest desires and own them unapologetically.

- I will help you distinguish your blocks that stop you from fullest abundance.

- You will have a healthy relationship with money.

- We will unleash your inner power.

- You will be inspired to take on your life :)

Valeria Gonzalez is the founder of VALLETO, an all female contemporary dance-theater company that focuses on the empowerment of women through projects, performances, heal projects, and education. Val is known for her unapologetic choreographic work that speaks to the female experience- touching the hearts of the audiences throughout her performances, and experimental collaborations. Valeria founded VALLETO in 2014 as the culmination of her passion for dance, production, community, radical activism and education. In addition to her degree in Communications and TV Production from the New York Institute of Technology, and her Masters degree in Dance from New York University- Val also studied under several dance and creative inspirations whom helped her find her own voice- such as Shannon Gillen, Ohad Naharin, Sidra Bell, Phyllis Lamhut, Rashaun Silas, Hector Hernandez, Luciana Achugar, Jill Johnson, Alexandra Wells, Bobbi Jenne Smith, Susan Landgraf, Gioconda Barbuto, Pam Pietro, Andrea Miller, Elia Mrak, Isaac Hernandez, Talya Sato and more. Some dance programs she completed include The Ailey School, and Ballet Divertimento, in addition to intensives such B12 in Berlin, Gaga in Tel Aviv and New York, and MIP in New York. Besides her experience in dance Val has also worked full time as a Producer in the fast paced news industry in New York at NBC News.

In the past two years, Valeria has been teaching as a faculty professor at the University of Texas at El Paso. She is very happy to bring her knowledge to her native, but she hopes to expand herself into other Universities, and companies. As a passionate eternal student, leader, educator and mentor, Val has also volunteered, been a key speaker, and been part of organizations such as Wise Latina, and New York Women in Communications, Inside Out Project and more. Val is excited to open this VALLETO platform to a broader audience, and offer mentorships and one-on-one sessions with dancers, actors and creatives.

Valeria's workshops and contemporary classes cultivate a safe space for exploration, breakthroughs, intimacy, community and risks. Her class is focused on exploring new movement dynamics of the body while acknowledging the psyche of each dancer to find freedom in the uncomfortable. Her movement focuses strongly on intention, sensations and individual input. This class will provide the dancers with a variety of improvisational methods inspired by contemporary dance and acting techniques through a structure of task oriented exercises, movement research, movement phrase material, and an open discussion.

WORK WITH THE DIRECTOR